Skyline | Hadaya, One of a Kind

Hadaya was always drawing, even before becoming a jeweler he already had a strong connection to art. His love to Jerusalem has guided him for many years, especially through his journey of finding his true identity as an artist.

When his skills in freehand engraving took off, it was only a matter of time before he challenged himself and created the (simple, one line at first, which later evolved) Skyline of Jerusalem as a unique way of making the inside of his jewelry pieces interesting. He would engrave it on the inside of rings or bracelets and sometimes on the back of necklaces, first for free and only on Fridays. When demand was high and people waited to get their piece on Friday in order to get the skyline, we decided to make it by request and for a price.

Since it takes a longer time than the usual text or icon like figures Hadaya may engrave, there is an extra charge on this trademark engraving. During high volume orders time, we increase the price of this special engraving as Hadaya is limited in the number of skyline engravings per day. 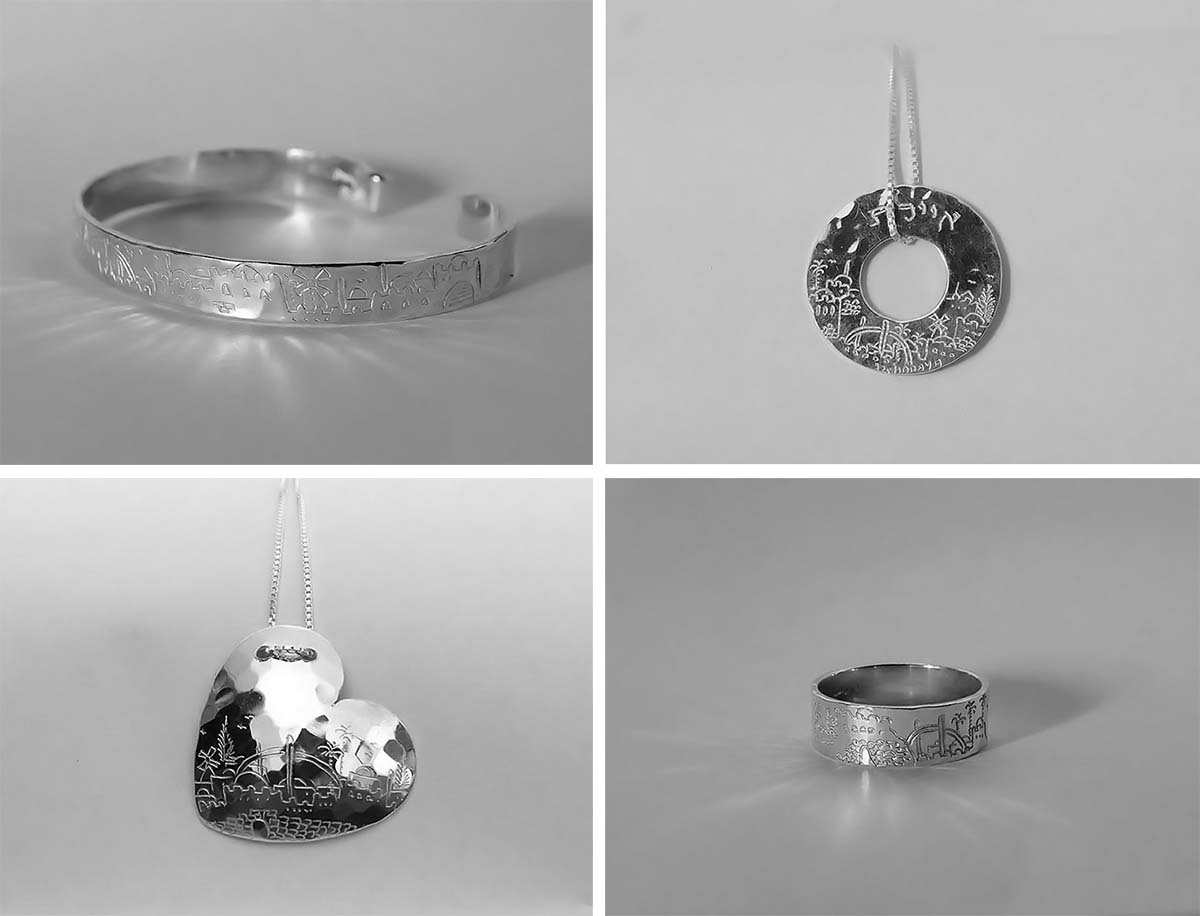